My brothers would go there to shoot the rats

that ravaged the bodies of dead strays

laid out in trenches like those I'd seen before

the property's width behind the small cinder

block building that housed the living,

paced in circles in one of the cages.

My father took me there again to choose

a kitten, my own dead beneath the wheels

of his car. And once, my bicycle crunched

up the gravel drive past the kennels

to the back of the building, where two men

in dark uniforms waited beside a truck,

a dog-sized metal box resting in the bed.

to the exhaust. The engine whined softly

as the driver leaned against  the fender,

smoking a Camel. Howls of laughter from

both men—a  joke about something. Crushing

his smoke with his boot heel, one turned and barked

when the pound had been left to the lost

and abandoned, I returned to search

the twilight ditches for that certain dog—

impossible in the piles upon piles

of furred bodies—those that were still, and those

others darting darkly among them.

Flesh, the way it should be...

too many with a sharp stick,
the warning reverberations
ignored. Then slanting sheets

dropped and needles of rain
punctured the cinder dust,
stirring up that dark scent

of thirsty earth and water.
Mother lugged a washtub
to the corner of the house

beneath the gushing eaves,
to gather sweet rainwater
for the garden and the wash

while I splashed knee-deep in ditches.
But mostly it was hot. Sticky
tar boiled up black and tacky

between the lumps of limestone
gravel cast across the road,
tar that reeked of crude and burned

lambs and rub their oily heads.
Sometimes a rock would shine
like gold and hold the shadow

of a bone or fin, some tiny life
etched against the face of stone.
Then August came again.

and turned to tar, then stone.
Then mother pulled brown paper
sacks over my bare feet and snapped

tan rubber bands around my
bony shins to hold the bags
in place. I tramped once more

across the gummy road to find
the meadow empty. Returned
to mother humming at the stove

as she had done each night
of my young life—the floor was mopped,
the garden picked, fresh rye

bread on the board. This I ate,
refused the liver, and never
did I ask about the lambs.

The cemetery quiet, no visitors today
save for the somber pigeon holding vigil
on the drive. Some spirit of the dead, earthbound
flight of a lost soul? A bird of common gray
and royal purple, banded on both legs—
one in white for courage, the other black
for counted losses. How many
miles from where she started, stunned
and fallen from homing into this tiny square
of ancient gravestones set far from town
in fields of drought-dried corn? But now,
the pigeon has lifted to my car window,
half-closed. Her eyes peer at the bird
mirrored in the glass; her fear a mantle
she sheds due to her great loneliness.
Even birds desire: that yearning for home
no matter where they land. Even birds,
unknowing of what they know, seek a familiar
roost—if it be a cote or prison. And I,
unwilling to leave her here where
the chestnut is a murder of crows,
where the stippled sky echoes hawk’s cry,
where the ground is snake and feral cat,
and every corn row a coyote’s trail—
even I, who craved some solitary freedom
on a course that has led me so far afield,
fold her muted wings against her body,
speak softly, and look into her orange eyes,
slip her, scrabbling, then quiet, into an emptied box.
Even I, knowing she may never find her way
back from where she came, knowing safety
is a place sometimes that is nowhere close
to home, drive out down this cobbled,
narrow lane lined with strong-armed maples
holding back the fields and the open sky.

of decay. Useful things,
too—for he slows the truck,
stops beside the pavement,

dodging oncoming cars
to cross the road. Retrieves
the prize from that weedy

muck of ditch—a bucket,
handy for carrying
sweet mash or barley to

horses, water to quench
their mighty thirsts. Buckets
from construction trucks, those

pails that held plaster and
joint compound, nails or paint,
and shortening vats from bakeries—

washed and dried—are of use
on a farm. If you find one,
hold on to that bucket

man—who better to know
the value of some lost,
some used and empty thing? 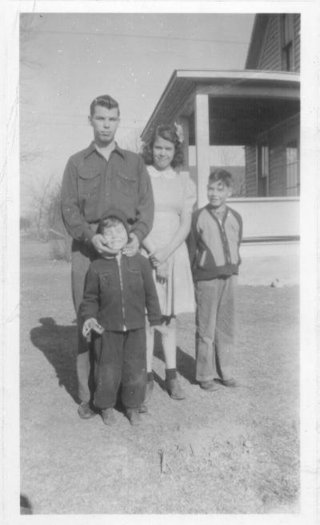 In the Garden of Carnivorous Plants

Overburden, with lines from Milosz

First appeared in Missing Mountains: We went to the mountaintop but it wasn't there

All content copyright Christina Lovin 2019. No parts may be reproduced or used without
permission from the author.